Why most of the weddings you go to suck

I​It's always a happy feeling when I see an email of a couple getting married and they start to consider entertainment.But first,  who are we?  We are professional entertainers that have done over 1000 events and a lot of them are... weddings.  We got into the industry for a very simple reason, To make people happy with laughter, amazement, joy, and astonishment.  What we found was, wedding after wedding that we were hired to do a small part of we found the same problems revolving around entertainment.  Guests were on their phones, speeches were too long and contrived, and most of the guests smiled politely and left feeling relieved that they survived another boring wedding.  So here are some main points I'd like to share with you to help.

1.  Summer is not the best time to get married - 30 degree weather is not a good thing.  Photographers and videographers will tell you that the best lighting is not a blazing hot sunny day where everyone's squinting because they have to stare directly into the sun for the best angle.  The best conditions are cloudy, sun breaking out, 15-20 degree heat, and when the sun is low.  (Few hours during sunrise and a few hours before sunset).  July and August are not only the hottest days of the year, Venues literally double their cost.  Sweaty Tuxedos and suits are also a disservice to the groomsmen and all the guests who put on a suit.   Since 95% of weddings are in the blazing hot summer,  how many times can you guess when the wedding couple did not think to serve bottled water to their guests during an outdoor ceremony?  Too many.

2.  Your funny cousin isn't that Funny - Roasting the groom is terrible taste.  Your friend or family member has never MC'd before so they google their jokes.  We HATE this joke.  The Upper Hand(Joke)You can end your toast by saying: "Bob, take Susie’s hand and place your hand over her's. Now, remember and cherish this very moment... because this is the last time you are ever going to have the upper hand!"So many times we hear this joke and we just want to slap that MC like Will Smith.   But in reality, the MC just doesn't know any better and is MCing for the first time.  STOP ROASTING THE GROOM PLEASE.  The biggest buzzkill to a wedding is someone that has to read off a paper.   We understand if it's a bridesmaid or a groomsman because they have some important blessings and things to say, but that is not the MC's job.  THe MC's job is to keep the show flowing, keep the energy up, and execute the wedding coordinator's/planners plans with ease.

‍3.  Nobody cares about your flowers and your towering centerpieces - Not a great call when 10 percent of the guests are looking straight at the floral centerpiece and can't even see you at the front.  It also is a conversation killer when you cannot talk to the person sitting across the table from you.  I mean flowers and centerpieces do matter and they really make the room nice.   But we shake our heads every time couples say they have no budget for entertainment and then these photos show up on their facebook afterwards.  Your thousands of dollars could have been better spent.

‍4.  Cocktail hour is just a weird time -  I come from an asian family and many of them like mine, have humongous families.  So after the ceremony there's a huge long line up of photos for the bride side, and a huge line up for photos for the grooms side.  What about everyone else?  For the hundreds of weddings I've been hired to perform, my goal is to "make everyone's night" before the night starts, and I stand proud that for many people, it was the most memorable part of the wedding.  The best part,  the credit goes back to you.

‍5.  After dinner entertainment - Most people after they leave your wedding will ask themselves these questions:  Was that fun?  Was the food good?  Was that a good night out?  If people drink, sometimes that question can answer itself.  But many people don't drink so how do you entertain them?  What kind of show is appropriate and non-offense? fun and brings smiles to their faces? Maybe the DJ can do something?  See the next point.

6.  Basic DJ and Basic Photo booth - Both of them sit in the corner of the room passively staring at their watch waiting and counting the hours and waiting for when they should packup.  DJ's playing wrong music during dinner, and music after dinner that nobody cares about afterwards.  Yet, this particular combination is what the status quo of "wedding entertainment" is today.  Great wedding DJ's compliments are usually around their energy, personality, character, and the ability to act on the fly. 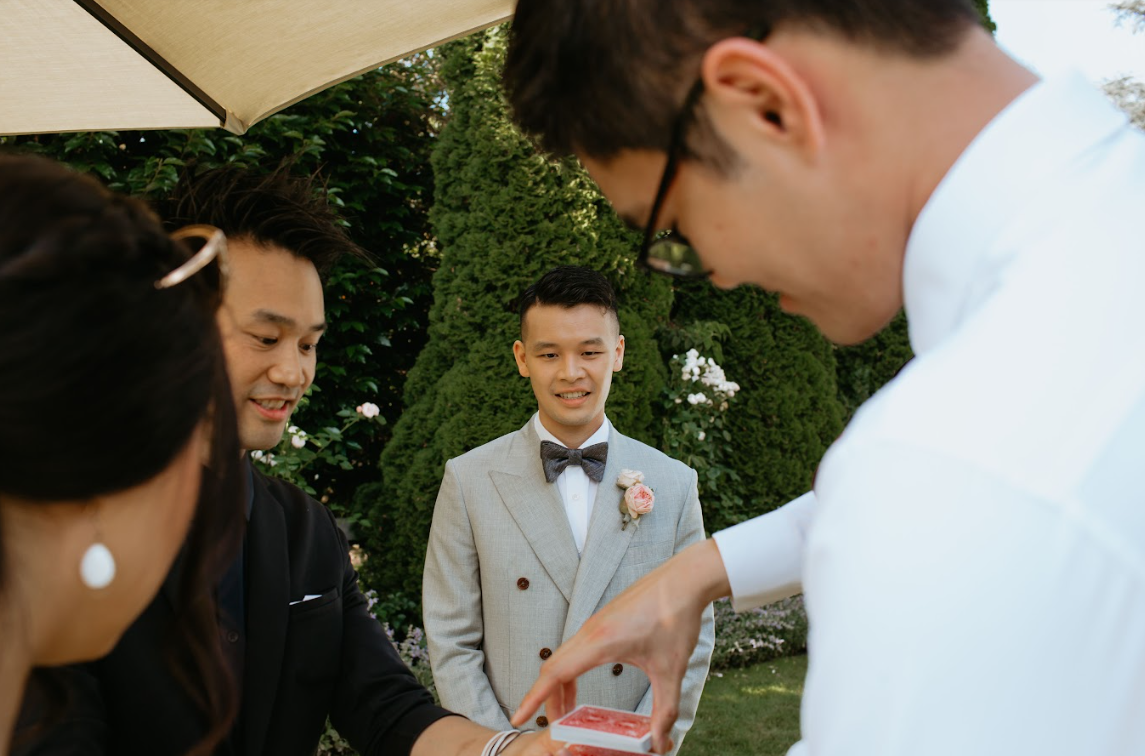 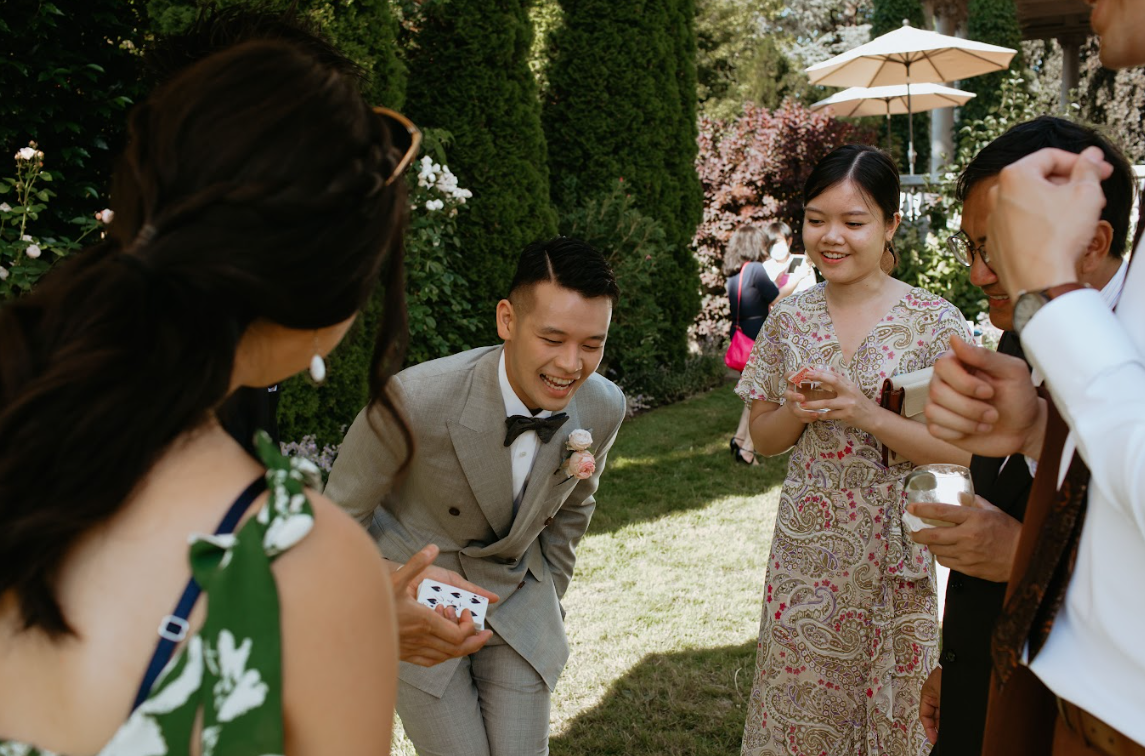 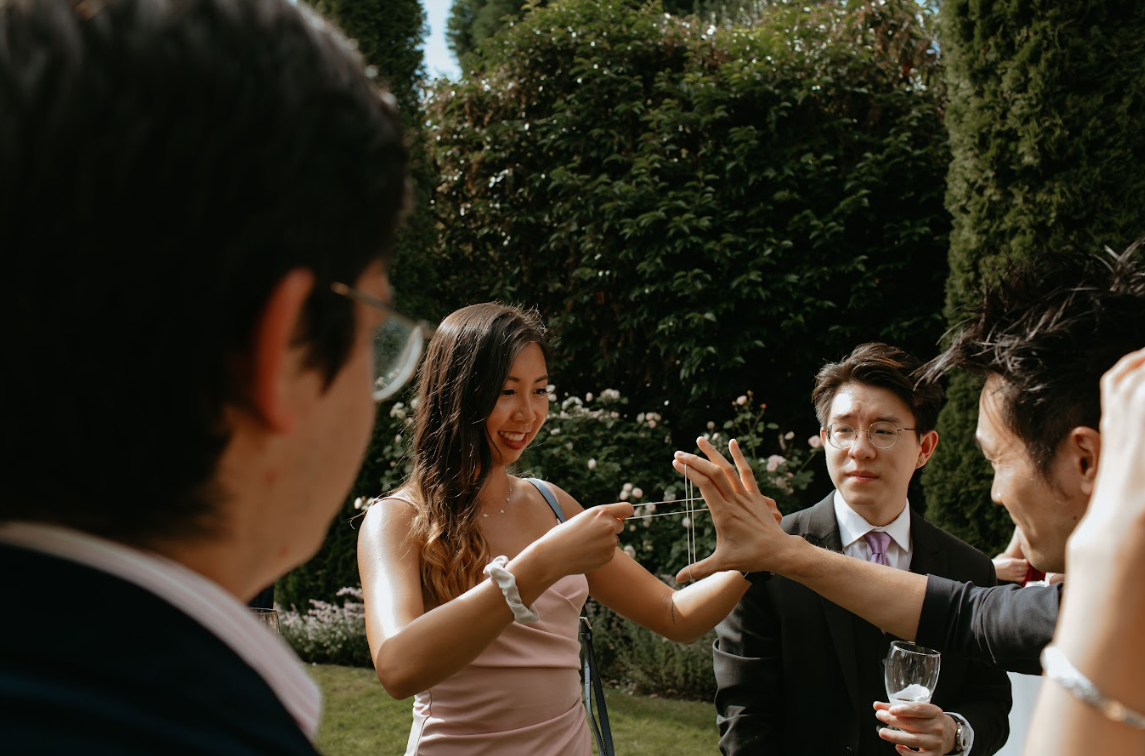