RRemembering names is difficult.  we've all said that and heard that before.   I'm not sure how I came about this, but I believe I invented this technique to help me remember names when I meet them for the first time.  It builds rapport with the group and your magic becomes stronger because of it.  We will use an example of 4.

When you introduce yourself, it's not always 100% that you start off with getting everyone's name.  It builds a bit of anxiety where the spectators are wondering why you are interrupting their group and what you are going to do.   I like to have an opening effect first to relax the audience, and then start getting their names.

for the first person I ask them for their name.  Lets say her name is Julia.   I spend my first, in the hands trick with Julia, and so far that's easy.  You thank them and move to the second person.

Here is where the name trick comes into play.  I ask the name of the second person, ie: Robert, and then I will immediately look at Julia and say Julia and gesture with a nod, then Robert and continue with the trick.  After this, it will be ingrained in your mind who those two are.

Then for the third person, I will repeat while looking:  Julia, Robert, and then look to the third person, Hi whats' your name?  This is also a way to keep control of the group and be the "alpha" of that encounter.

And finally by the time you reach the last person, you can have them sign their name on the card just for extra assurance.

At the end of the set, repeat everyone's names again, shake their hand, and thank them for their time,

I hope you like it.  This has been a gold tip for me 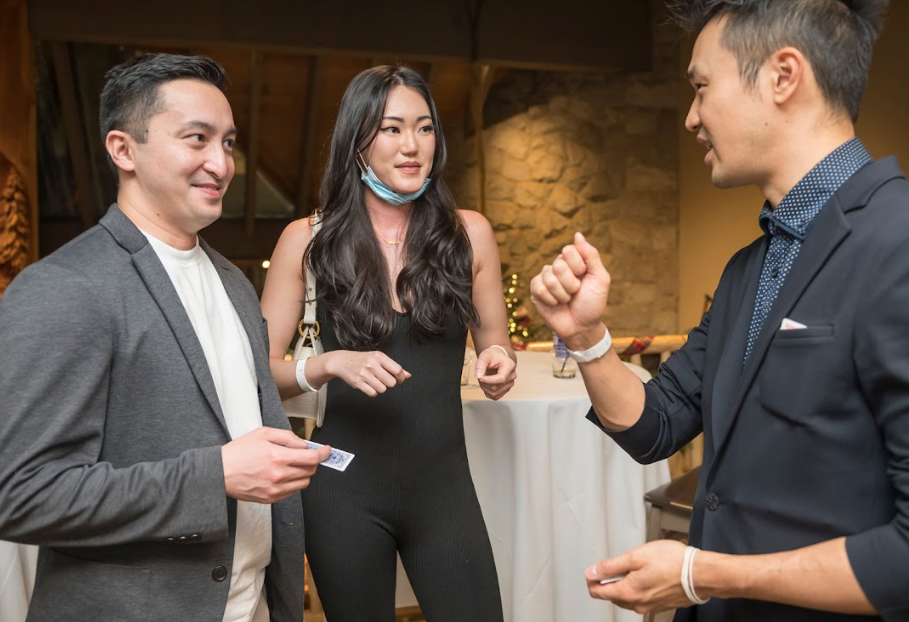 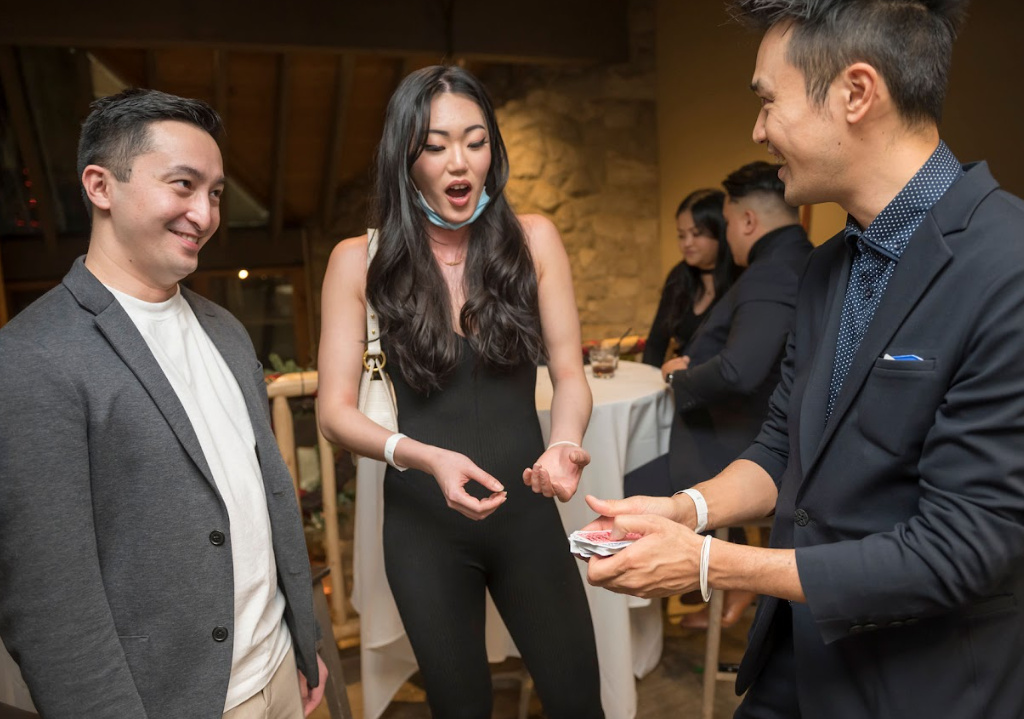 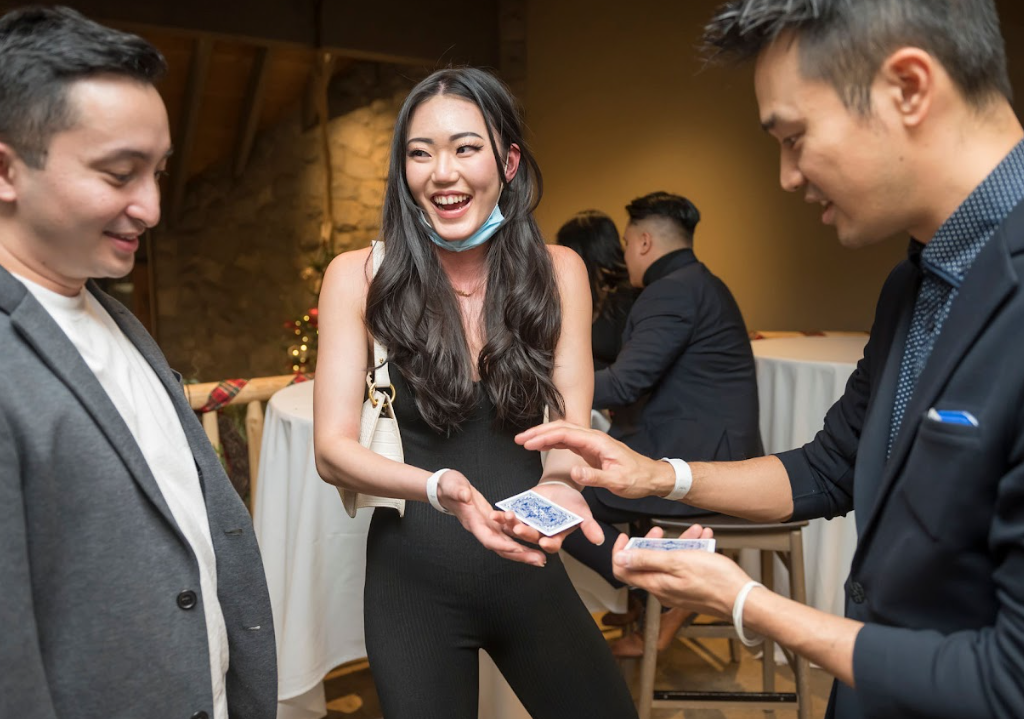